We're open to all forms of participation!

For the 2021 Virtual Terry Fox Run in Sapporo, you can participate in a variety of ways, including running, walking, strolling, bicycling, riding a skateboard, using a running or rowing machine at a gym, enjoying dance or yoga, or doing traditional “radio taisou” exercises. Please choose the activities and exercises you wish to do.

Let’s utilize the Virtual Terry Fox Run as a good opportunity to improve our health and beat the coronavirus! 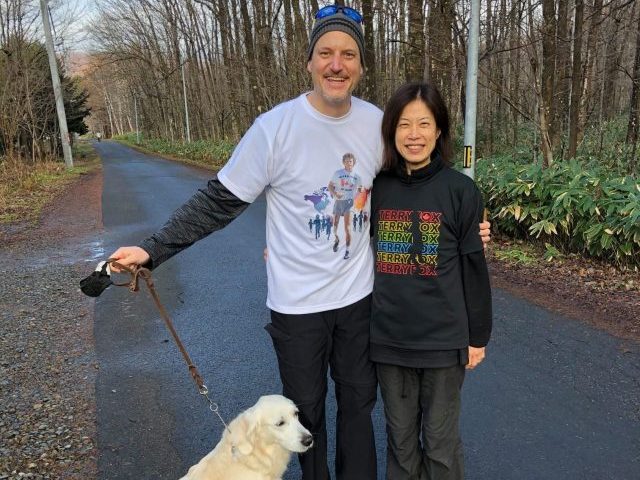 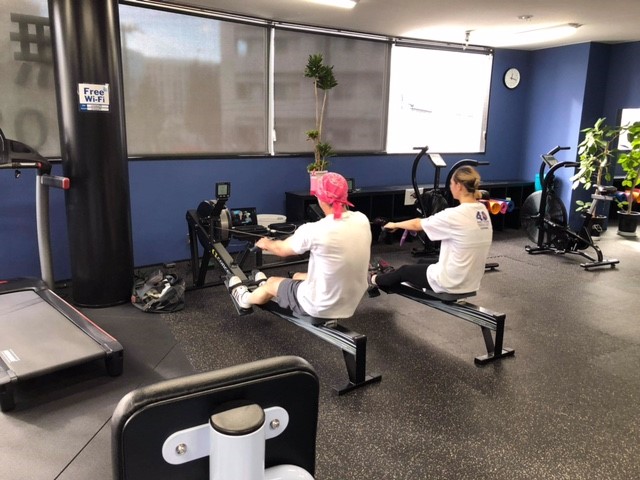 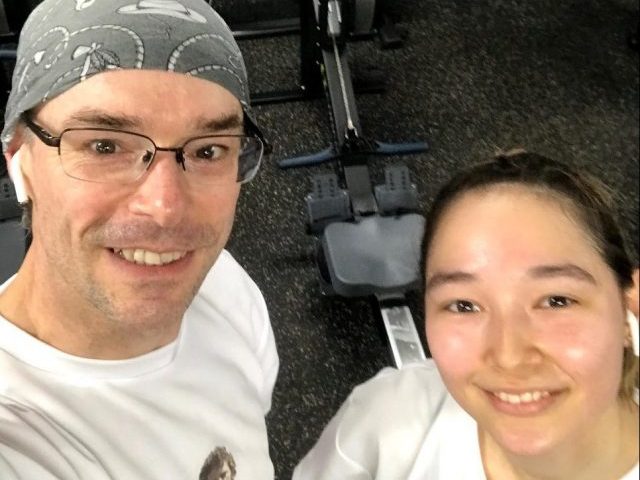 For those wishing to participate in the 2021 Terry Fox Run in Sapporo, this year's event will be held online until November 30. 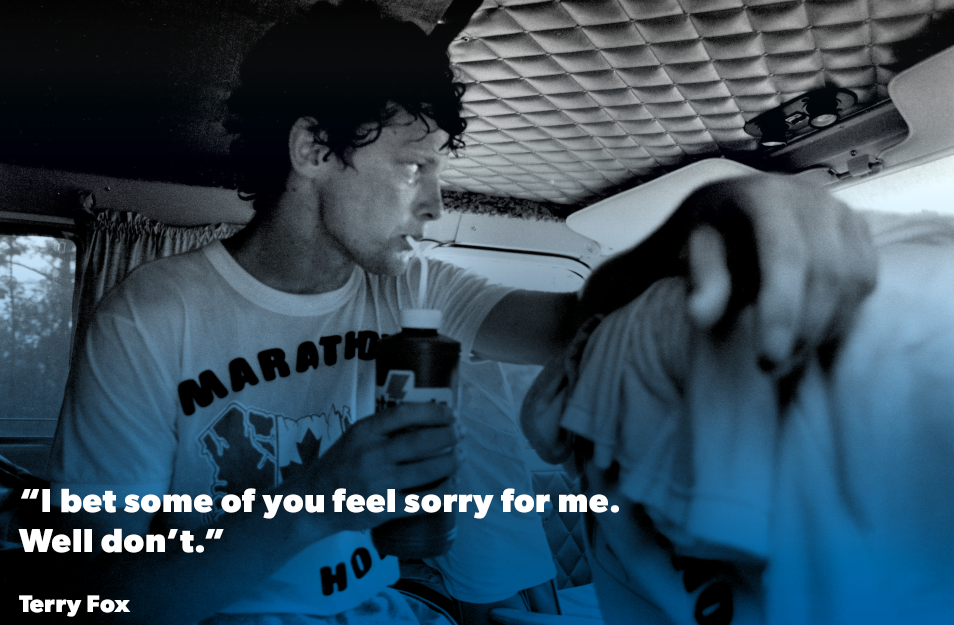 Thank you for your continued support of the Terry Fox Run in Sapporo, an annual charity event for cancer research. Due to the coronavirus pandemic, we are unfortunately unable to meet in person to hold the event in one location this year as well. Instead we have decided to organize a virtual event where you can run, walk, or ride the distance of your choice at a date and time that fits your schedule.

If you wish, please feel free to upload a photo (copyright free) of your participation to the Terry Fox Run in Sapporo Facebook page (https://www.facebook.com/terryfoxruninsapporo).
Please also participate at your own risk as there is no insurance coverage for this year’s event by the organizers.

Of course, you can also support cancer research by donation only or through the purchase of a Terry Fox Run in Sapporo t-shirt, toque or cap.(details to follow). The order of these items and donations will be acccepted until Dec 31st.

Even if we cannot meet in person, we are united in spirit to keep Terry’s dream alive and help fund research to find a cure for cancer.

All of these items will be made upon request, so it may take some time for delivery. (around 2 weeks)

United in gratitude and hope,

*Designs and colours are subject to change.

Orders can be accepted only within Japan as deliveries outside of Japan are not possible.

Original 2021 T-shirts, toques and caps for this year’s Terry Fox Run in Sapporo will be distributed on a made-to-order basis.

The deadlines for ordering memorial goods and/or making a donation.
Deadline for the first round: Friday, October 15, 2021
Second deadline: Tuesday, November 30, 2021
Third deadline is Friday, December 31, 2021.

Please fill in the required information in the “Order and Shipping Address” section, and make the payment for the products by bank transfer.

The products are made to order and will be mailed in about two weeks after the deadline (shipping costs are included in the price of each item).
If you have any questions, please feel free to contact us.

We will not use your personal information for any purpose other than to manage your registration for the Terry Fox Run in Sapporo. It will be used only for sending and confirming your order, and to manage your donation records. 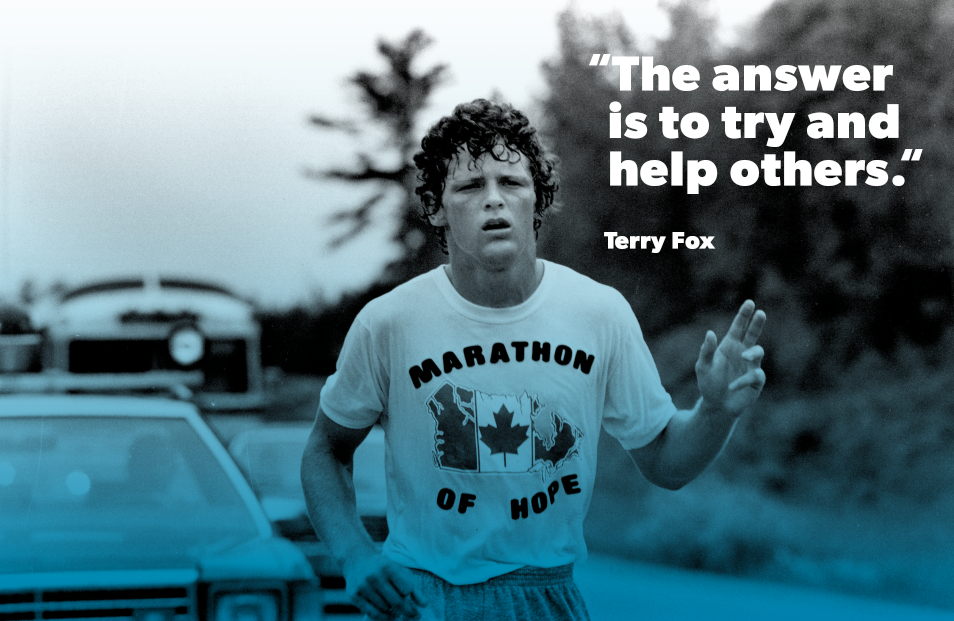 Terry Fox was born in Winnipeg, Manitoba, Canada. He later went to high school in Port Coquitlam, B.C. and Simon Fraser University in Burnaby, B.C., which is close to Vancouver. Terry was an athlete. He wasn’t particularly gifted, but through mental toughness, sheer guts and hard work he transformed himself into a formidable athlete in basketball, soccer, rugby and cross-country running.

In university, Terry’s world was shattered when a pain in his knee was diagnosed as cancer. Terry’s leg was amputated and the cancer seemed to have been caught in time. It was during his stay in the cancer clinic that he got the idea for running across Canada. His feeling after seeing so much pain and suffering in the hospital was, “Somewhere, the hurting must stop. ”He felt an urge to do something since he had  been given a second chance.

After 15 months of training with his new artificial leg, Terry began his Marathon of Hope on April 12, 1980 in Newfoundland, on the east coast of Canada. While only halfway into his run, after averaging a full marathon a day,  Terry was struck by tragedy a second time – the cancer had spread from his leg to his lungs and he became too weak to finish his run. On June 28, 1981 Terry Fox died. While his run was over, his Marathon of Hope would continue on as the annual Terry Fox Run and raise millions and millions of dollars for cancer research in numerous countries around the world. Come and run with us in memory of Terry Fox and his quest to eradicate cancer.

Direct donation the through Terry Fox Foundation web page is also available. For those who wish to donate directly, please refer to the following URL. 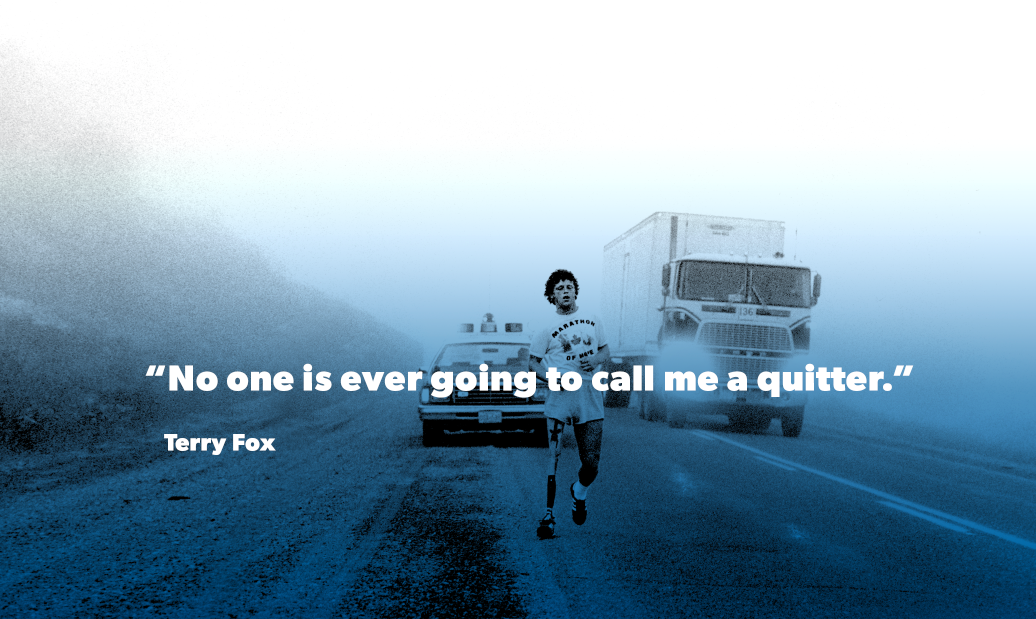